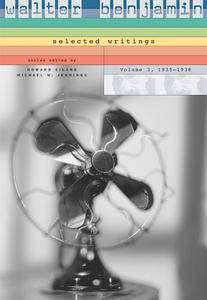 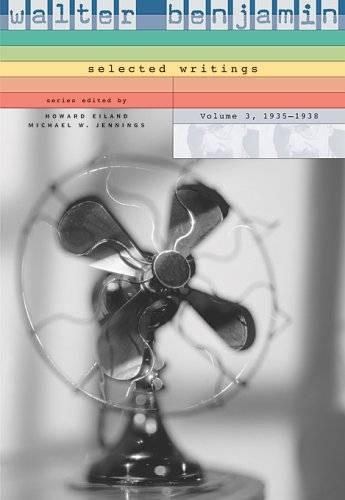 Radical critic of a European civilization plunging into darkness, yet commemorator of the humane traditions of the old bourgeoisie--such was Walter Benjamin in the later 1930s. This volume, the third in a four-volume set, offers twenty-seven brilliant pieces, nineteen of which have never before been translated.

The centerpiece, A Berlin Childhood around 1900, marks the first appearance in English of one of the greatest German works of the twentieth century: a profound and beautiful account of the vanished world of Benjamin's privileged boyhood, recollected in exile. No less remarkable are the previously untranslated second version of Benjamin's most famous essay, "The Work of Art in the Age of Its Technological Reproducibility," with its striking insights into the relations between technology and aesthetics, and German Men and Women, a book in which Benjamin collects twenty-six letters by distinguished Germans from 1783 to 1883 in an effort to preserve what he called the true humanity of German tradition from the debasement of fascism.

Volume 3 also offers extensively annotated translations of essays that are key to Benjamin's rewriting of the story of modernism and modernity--such as "The Storyteller" and "Paris, the Capital of the Nineteenth Century"--as well as a fascinating diary from 1938 and penetrating studies of Bertolt Brecht, Franz Kafka, and Eduard Fuchs. A narrative chronology details Benjamin's life during these four harrowing years of his exile in France and Denmark. This is an essential collection for anyone interested in his work.