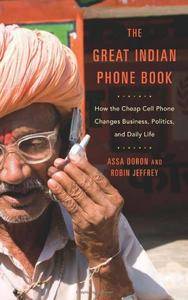 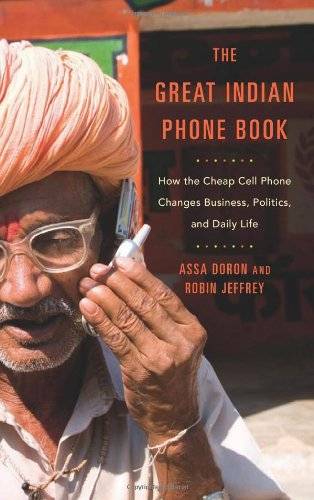 In 2001, India had 4 million cell phone subscribers. Ten years later, that number had exploded to more than 750 million. Over just a decade, the mobile phone was transformed from a rare and unwieldy instrument to a palm-sized, affordable staple, taken for granted by poor fishermen in Kerala and affluent entrepreneurs in Mumbai alike. The Great Indian Phone Book investigates the social revolution ignited by what may be the most significant communications device in history, one which has disrupted more people and relationships than the printing press, wristwatch, automobile, or railways, though it has qualities of all four.

In this fast-paced study, Assa Doron and Robin Jeffrey explore the whole ecosystem of the cheap mobile phone. Blending journalistic immediacy with years of field-research experience in India, they portray the capitalists and bureaucrats who control the cellular infrastructure and wrestle over bandwidth rights, the marketers and technicians who bring mobile phones to the masses, and the often poor, village-bound users who adapt these addictive and sometimes troublesome devices to their daily lives. Examining the challenges cell phones pose to a hierarchy-bound country, the authors argue that in India, where caste and gender restrictions have defined power for generations, the disruptive potential of mobile phones is even greater than elsewhere.

The Great Indian Phone Book is a rigorously researched, multidimensional tale of what can happen when a powerful and readily available technology is placed in the hands of a large, still predominantly poor population.