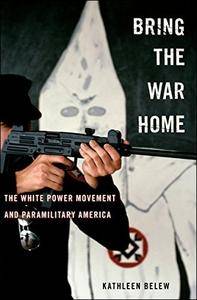 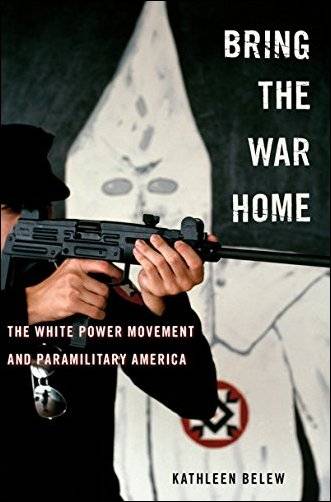 “Bring the War Home is a tour de force. An utterly engrossing and piercingly argued history that tracks how the seismic aftershocks of the Vietnam War gave rise to a white power movement whose toxic admixture of violent bigotry, antigovernmental hostility, and racial terrorism helped set the stage for Waco, the Oklahoma City bombing, and, yes, the presidency of Donald Trump.” ―Junot Díaz

The white power movement in America wants a revolution. It has declared all-out war against the federal government and its agents, and has carried out―with military precision―an escalating campaign of terror against the American public. Its soldiers are not lone wolves but are highly organized cadres motivated by a coherent and deeply troubling worldview of white supremacy, anticommunism, and apocalypse. In Bring the War Home, Kathleen Belew gives us the first full history of the movement that consolidated in the 1970s and 1980s around a potent sense of betrayal in the Vietnam War and made tragic headlines in the 1995 bombing of the Oklahoma City federal building.

Returning to an America ripped apart by a war that, in their view, they were not allowed to win, a small but driven group of veterans, active-duty personnel, and civilian supporters concluded that waging war on their own country was justified. They unified people from a variety of militant groups, including Klansmen, neo-Nazis, skinheads, radical tax protestors, and white separatists. The white power movement operated with discipline and clarity, undertaking assassinations, mercenary soldiering, armed robbery, counterfeiting, and weapons trafficking. Its command structure gave women a prominent place in brokering intergroup alliances and giving birth to future recruits.

Belew’s disturbing history reveals how war cannot be contained in time and space. In its wake, grievances intensify and violence becomes a logical course of action for some. Bring the War Home argues for awareness of the heightened potential for paramilitarism in a present defined by ongoing war.