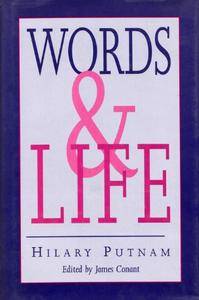 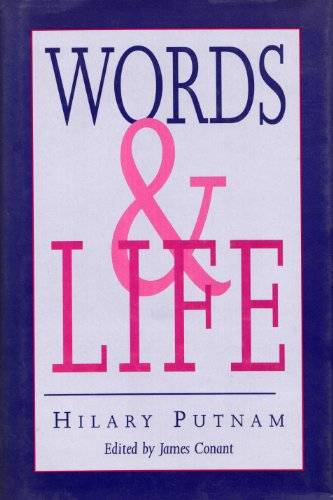 Hilary Putnam has been convinced for some time that the present situation in philosophy calls for revitalization and renewal; in this latest book he shows us what shape he would like that renewal to take. Words and Life offers a sweeping account of the sources of several of the central problems of philosophy, past and present, and of why some of those problems are not going to go away As the first four part tides in the volume-"The Return of Aristotle," "The Legacy of Logical Positivism," "The Inheritance of Pragmatism," and "Essays after Wittgenstein"-suggest, many of the essays are concerned with tracing the recent, and the not so recent, history of these problems.

The goal is to bring out what is coercive and arbitrary about some of our present ways of posing the problems and what is of continuing interest in certain past approaches to them. Various supposedly timeless philosophical problems appear, on closer inspection, to change with altered historical circumstances, while there turns out to be much of permanent value in Aristotle's, Peirce's, Dewey's, and Reichenbach's work on some of the problems that continue to exercise us.

A unifying theme of the volume as a whole is that reductionism, scientism, and old-style disenchanted naturalism tend to be obstacles to philosophical progress. The titles of the final three parts of the volume-Truth and Reference," "Mind and Language," and "The Diversity of the Sciences-indicate that the sweep of the problems considered here comprehends all the fundamental areas of contemporary analytic philosophy Rich in detail, the book is also grand in scope, allowing us to trace the ongoing intellectual evolution of one of the most significant philosophers of the century.