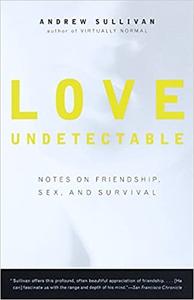 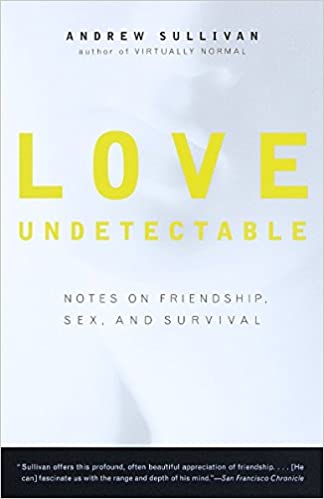 A New York Times Notable Book of the Year

"One of the great pleasures of this book lies in watching Sullivan's mind at work . . . [his essays] are filled with a passion and heat that most cultural criticism lacks." –Katie Roiphe, The Washington Post

When former New Republic editor Andrew Sullivan publicly revealed his HIV positive status in 1996, he intended "to be among the first generation that survives this disease." In this new book, a powerful meditation on the spiritual effect AIDS has on friendship, love, sexuality, and American culture, we follow Sullivan on his path to survival.

A practicing Catholic, Sullivan reflects on his faith in God, and expresses his bittersweet joy upon learning about new AIDS treatments that he believes led to the virus's recent transformation from a plague into a chronic illness. He revisits Freud to seek the origins of homosexuality and reviews the works of Aristotle, St. Augustine, and W. H. Auden to define friendship for a contemporary, post-plague world. Sullivan's last essay extols the virtues of friendship, elevating platonic love over the romantic, as he memorializes his best friend, who died of AIDS. Intensely personal and passionately political, Sullivan's essays are not just about his own experiences but also a powerful testament to human resilience, faith, hope, and love.

"Sullivan has found meaning in chaos. . . . With its paradoxical sense of beauty amid pain, Love Undetectable has something of the quality of a war memoir." –The New York Times Book Review

"On display here are all of the author's many strengths–compelling, poetic prose style, some keen observations on faith. . . . Sullivan offers a moving defense of the open gay male urban sexual culture and his participation in it." –The Boston Globe