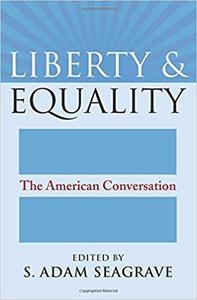 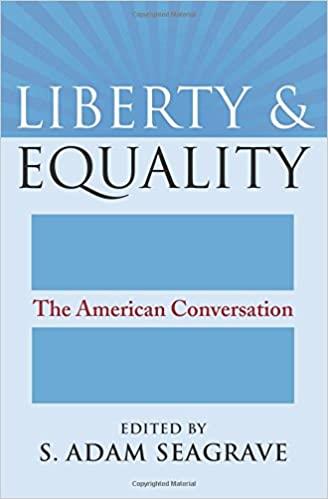 Liberty and Equality: The American Conversation (American Political Thought) by S. Adam Seagrave
English | September 9, 2015 | ISBN: 0700621741 | 336 pages | AZW3 | 0,740 MB
Alexis de Tocqueville, one of the greatest commentators on the American political tradition, viewed it through the lens of two related ideas: liberty and equality. These ideas, so eloquently framed by Thomas Jefferson in the Declaration of Independence, have remained inextricably and uniquely conjoined in American political thought: equality is understood as the equal possession of natural rights to life, liberty, and the pursuit of happiness. By considering American reflections on these core ideas over time—in relation to constitutional principles, religion, and race—this volume provides an especially insightful perspective for understanding our political tradition. The book is at once a summary of American history told through ideas and an inquiry into the ideas of liberty and equality through the lens of American history.

To a remarkable extent, American politics has always been thoughtful and American thought has always been political. In these pages, we see how some of our greatest minds have grappled with the issues of liberty and equality: Tocqueville and Jefferson, Alexander Hamilton as Publius in The Federalist, James Madison, George Washington, William Lloyd Garrison, Frederick Douglass, Abraham Lincoln debating Stephen Douglas, and Franklin D. Roosevelt. In essays responding to these primary sources, some of today's finest scholars take up topics critical to the American experiment in liberal democracy—political inequality, federalism, the separation of powers, the relationship between religion and politics, the history of slavery and the legacy of racism. Together these essays and sources help to clarify the character, content, and significance of American political thought taken as a whole. They illuminate and continue the conversation that has animated and distinguished the American political tradition from the beginning—and, hopefully, better equip readers to contribute to that conversation.