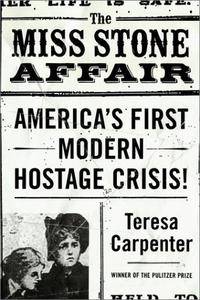 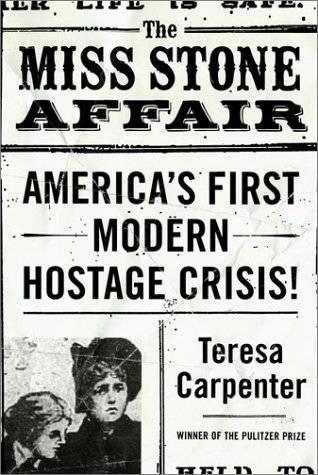 The Miss Stone Affair: America's First Modern Hostage Crisis by Teresa Carpenter
English | June 3, 2003 (2016) | ISBN: 0743200551, 0743258053 | EPUB | 238 pages | 13.8 MB
On September 3, 1901, Miss Ellen Stone, an American missionary, set out on horseback for a trek across the mountainous hinterlands of Balkan Macedonia. In a narrow gorge she was attacked by a band of masked men who carried her off the road and, more significantly, onto the path of history. Stone would become the first American captured for ransom on foreign soil.

In The Miss Stone Affair, master storyteller and Pulitzer Prize winner Teresa Carpenter re-creates the drama of this country's first modern hostage crisis – an event that held the world's attention and dominated the headlines in American and European dailies for months. Using a wealth of contemporary correspondence and diplomatic cables, she constructs a narrative that is suspenseful, harrowing, and at times even comical.

On a journey that takes the reader from Boston's Beacon Hill to Constantinople and the bloody revolution-wracked nation-states of the Balkans, Carpenter introduces an unforgettable cast of characters: the strong-willed Miss Stone and her Bulgarian companion, Katerina Tsilka, who is brought along by the kidnappers – in deference to Victorian convention – as a chaperone; the terrorists who threaten to murder their hostages and yet are awed when Tsilka gives birth to a baby girl; the diplomat who sees the Stone case as a vehicle for his personal ambition; rival negotiators whom the terrorists pit one against the other; a media mogul obsessed with finding the hostages and securing their literary rights; and, of course, the new president, Theodore Roosevelt, who must decide if he should, as many of his countrymen are demanding, send warships to the Near East or if some quieter form of intervention might win the day.

Teresa Carpenter has produced a turn-of-the-century international thriller with precision, drama, and historical perspective. This is a story for our time.