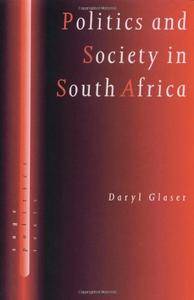 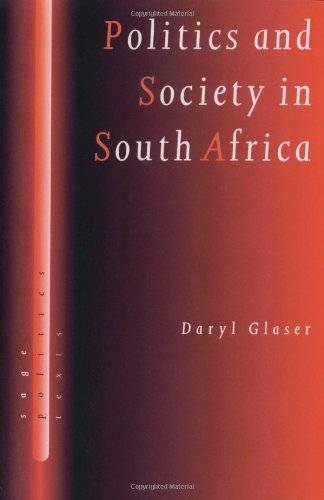 Politics and Society in South Africa (SAGE Politics Texts series) by Daryl J Glaser
English | 2001 | ISBN: 0761950176 | 304 Pages | PDF | 15.48 MB
Providing a wide-ranging and critical introduction to contemporary South Africa, this book uses an interdisciplinary lens to introduce the student to the main debates, historical context, and issues that have characterized the study of South Africa over the last three decades.

Key topics include: the role of colonialism, capitalism and modernity in the formation of the racial order; changes in the South African state; questions of class, race and ehtnicity; black resistance; and the transition to democracy.

A number of underlying debates are critically evaluated. For exmple, the contribution of materialist and class-analytic approaches, the application of post-structuralism and theories of modernity, and th