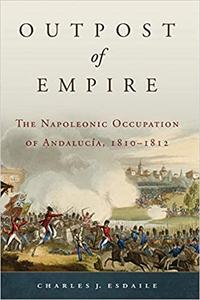 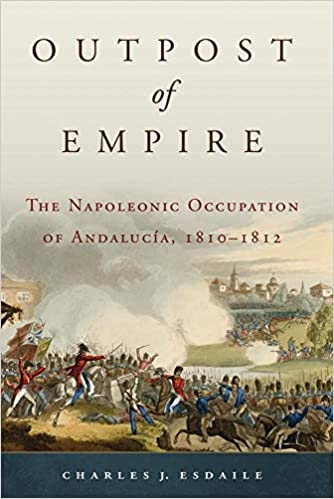 Charles J. Esdaile, "Outpost of Empire: The Napoleonic Occupation of Andalucia, 1810–1812 (Volume 33) "
English | ISBN: 0806142782 | 2012 | 520 pages | PDF | 3 MB
Napoleon’s forces invaded Spain in 1808, but two years went by before they overran the southern region of Andalucía. Situated at the farthest frontier of Napoleon’s “outer empire,” Andalucía remained under French control only briefly—for two-and-a-half years—and never experienced the normal functions of French rule. In this groundbreaking examination of the Peninsular War, Charles J. Esdaile moves beyond traditional military history to examine the French occupation of Andalucía and the origins and results of the region’s complex and chaotic response.

Disillusioned by the Spanish provisional government and largely unprotected, Andalucía scarcely fired a shot in its defense when Joseph Bonaparte’s army invaded the region in 1810. The subsequent French occupation, however, broke down in the face of multiple difficulties, the most important of which were geography and the continued presence in the region of substantial forces of regular troops. Drawing on British, French, and Spanish sources that are all but unknown, Esdaile describes the social, cultural, geographical, political, and military conditions that combined to make Andalucía particularly resistant to French rule.

Esdaile’s study is a significant contribution to the new field sometimes known as occupation studies, which focuses on the ways a victorious army attempts to reconcile a conquered populace to the new political order. Combining military history with political and social history, Outpost of Empire delineates what we now call the cultural terrain of war. This is history that moves from battles between armies to battles for hearts and minds.