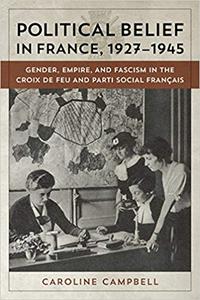 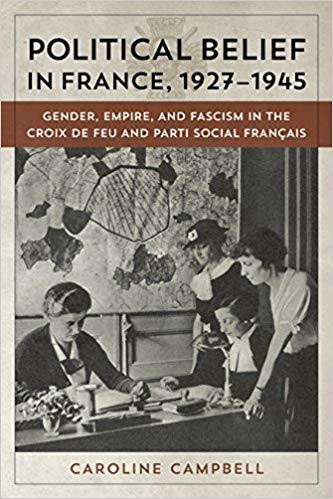 Caroline Campbell, "Political Belief in France, 1927-1945: Gender, Empire, and Fascism in the Croix de Feu and Parti Social Francais"
English | ISBN: 0807160970 | 2015 | 312 pages | PDF | 6 MB
In the inter war era, the rise of the largest political movement in modern French history, the powerful Croix de Feu (1927–1936), and its successor, the Parti Social Français, or PSF (1936–1945), led to a sharp rightward turn in France’s political culture. Political Belief in France, 1927–1945 traces the central role of women in this shift, arguing that they transformed the Croix de Feu/PSF from a paramilitary league for veterans into a social reform movement that sought to remake the politics, society, and culture of the French Republic.
Following the creation of a Women’s Section in 1934, the women of the Croix de Feu/PSF developed a wide array of social programs, including welfare services, youth development, and health-care initiatives. At a time of economic depression and high unemployment, these popular programs tempered the organization’s fearsome reputation as a violent paramilitary group. While the efforts of the Women’s Section had the veneer of moderation, they accentuated the long-standing conservative image of France as a deeply Christian society and sought to assimilate people of different ethnoreligious backgrounds into the dominant national community. Croix de Feu/PSF women promoted their socialagenda as a religious and patriotic duty, a reflection of the individual’s responsibility to make personal sacrifices on behalf of their vision for France’s Christian civilization.
The Croix de Feu/PSF’s ethnoreligious nationalism circulated throughout the French imperial nation-state, making the movement the premier defender of an empire at the height of its power. But women in North African branches faced substantial marginalization, and the movement remained dangerously sectarian in the Maghreb, driving indigenous activists from reformism to anticolonialism.
The Croix de Feu/PSF thus set the stage for both the authoritarian, anti-Semitic Vichy regime and the decolonization that followed the war. The first book on women of the French far right in the age of fascism, Political Belief in France, 1927–1945 contributes to the fields of French history, gender studies, the history of fascism, and the history of empire.