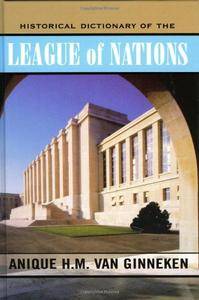 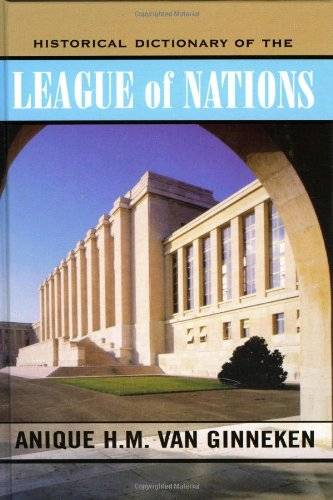 Historical Dictionary of the League of Nations (Historical Dictionaries of International Organizations) by Anique H.M. van Ginneken
English | 2006 | ISBN: 0810854732 | 320 Pages | PDF | 11.50 MB
Created in 1919, shortly after World War I, the League of Nations was principally designed to put an end to war. But it went into hibernation when World War II broke out, and was formally wound up in 1946. Not having achieved its primary objective, it was deemed a failure. However, the many accomplishments it did realize certainly allows for arguments against this idea. During its two-decade existence, the League of Nations resolved and defused many conflicts and crises, as well as established a rapport among its members. It was also active in many other political, social, and technical fields, including minorities, refugees, human rights, labor, health, telecommunications, and supervision of former colonial territories, which had become mandates.

Above all, the League of Nations proved to be training ground for the United Nations and the countless other organizations, both governmental and non-governmental, which now surround us. Just what the League of Nations was able to do during its brief but hectic career is summed up in this book. The dictionary section contains several hundred cross-referenced entries on its founders and supporters, its rather small staff and secretariat, the various subordinate or related organizations, and their overwhelming tasks. The historical background is described in the introduction and plotted year by year in the chronology while the bibliography points to further reading.
MORE BOOKS | MY RSS