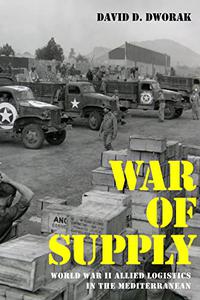 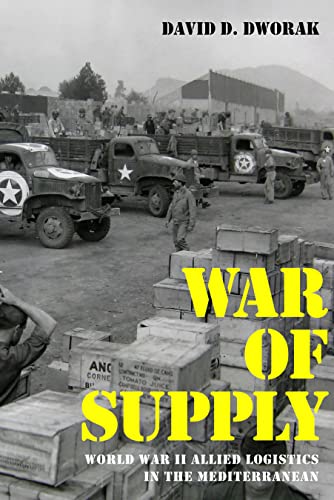 War of Supply: World War II Allied Logistics in the Mediterranean by David D. Dworak
English | ISBN: 0813183774 | 282 pages | EPUB | May 17, 2022 | 9.22 Mb
The era of modern warfare introduced in World War II presented the Allied Powers with one of the more complicated logistical challenges of the century: how to develop an extensive support network that could supply and maintain a vast military force comprised of multiple services and many different nations thousands of miles away from their home ports. The need to keep tanks rolling, airplanes flying, and food and aid in continuous supply was paramount to defeating the Nazi regime.

In this extensively researched book, David Dworak takes readers behind the scenes and breaks down the nuances of strategic operations for each of the great Mediterranean military campaigns between 1942 and the conclusion of World War II on May 8, 1945. Dworak gives readers a glimpse behind the curtain, to show how the vast administrative bureaucracy developed by the Allies waged a literal "war of matériel" that gave them a distinct, strategic advantage over the Axis powers. From North Africa to Southern France, their continued efforts and innovation developed the framework that helped create and maintain the theater of war and, ultimately, paved the path to victory.
>>Come Visit My Blog<<