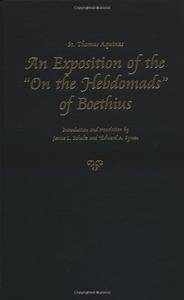 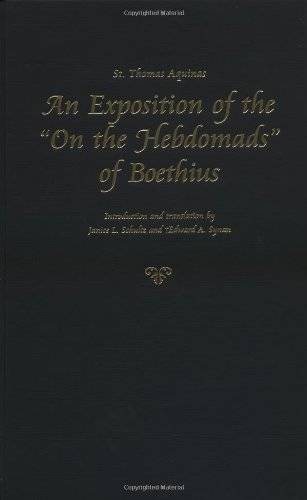 St. Thomas Aquinas: An Exposition of the 'On the Hebdomads' of Boethius (Thomas Aquinas in Translation) by Janice L. Schultz
English | 2001 | ISBN: 0813209943 | 65 Pages | PDF | 745.85 KB
In his sixth-century work commonly known as the De hebdomadibus, Boethius (ca. 480-524) poses the question of how created things or substances can be good just as they are--that is, good just by existing--without being the same as the source of all goodness, God, who is understood to be Goodness Itself. In his commentary written in the thirteenth century, St. Thomas Aquinas sets out to explain the problem Boethius is treating as well as to elucidate Boethius's solution. In doing so, however, the Angelic Doctor suggests a more developed analysis of goodness, based on his own metaphysical perspective.
MORE BOOKS | MY RSS