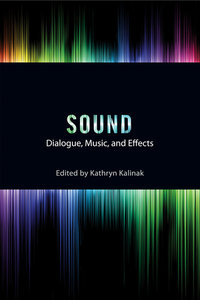 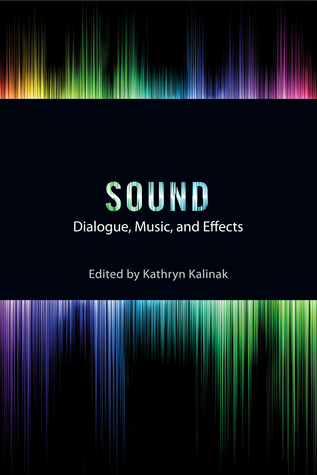 Sound: Dialogue, Music, and Effects (Behind the Silver Screen Series) by Kathryn Kalinak and James Wierzbicki
English | 2015 | ISBN: 0813564263, 0813564263 | 224 pages | PDF | 8,6 MB
Sound has always been an integral component of the moviegoing experience. Even during the so-called “silent era,” motion pictures were regularly accompanied by live music, lectures, and sound effects. Today, whether we listen to movies in booming Dolby theaters or on tiny laptop speakers, sonic elements hold our attention and guide our emotional responses. Yet few of us are fully aware of the tremendous collaborative work, involving both artistry and technical wizardry, required to create that cinematic soundscape.

Sound, the latest book in the Behind the Silver Screen series, introduces key concepts, seminal moments, and pivotal figures in the development of cinematic sound. Each of the book’s six chapters cover a different era in the history of Hollywood, from silent films to the digital age, and each is written by an expert in that period. Together, the book’s contributors are able to explore a remarkable range of past and present film industry practices, from the hiring of elocution coaches to the marketing of soundtrack records.

Not only does the collection highlight the achievements of renowned sound designers and film composers like Ben Burtt and John Williams, it also honors the unsung workers whose inventions, artistry, and performances have shaped the soundscapes of many notable movies. After you read Sound, you’ll never see—or hear—movies in quite the same way.

Sound is a volume in the Behind the Silver Screen series—other titles in the series include Acting; Animation; Art Direction and Production Design; Cinematography; Costume, Makeup, and Hair; Directing; Editing and Special Visual Effects; Producing; and Screenwriting.