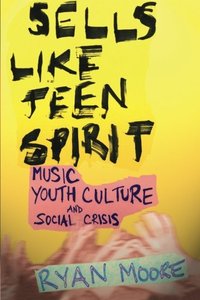 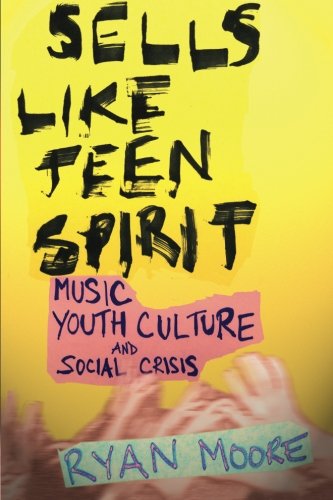 Sells like Teen Spirit: Music, Youth Culture, and Social Crisis by Ryan Moore
English | 2009 | ISBN: 0814757480, 0814757472 | 286 pages | EPUB | 0,8 MB
Music has always been central to the cultures that young people create, follow, and embrace. In the 1960s, young hippie kids sang along about peace with the likes of Bob Dylan and Joan Baez and tried to change the world. In the 1970s, many young people ended up coming home in body bags from Vietnam, and the music scene changed, embracing punk and bands like The Sex Pistols. In Sells Like Teen Spirit, Ryan Moore tells the story of how music and youth culture have changed along with the economic, political, and cultural transformations of American society in the last four decades. By attending concerts, hanging out in dance clubs and after-hour bars, and examining the do-it-yourself music scene, Moore gives a riveting, first-hand account of the sights, sounds, and smells of “teen spirit.”

Moore traces the histories of punk, hardcore, heavy metal, glam, thrash, alternative rock, grunge, and riot grrrl music, and relates them to wider social changes that have taken place. Alongside the thirty images of concert photos, zines, flyers, and album covers in the book, Moore offers original interpretations of the music of a wide range of bands including Black Sabbath, Black Flag, Metallica, Nirvana, and Sleater-Kinney. Written in a lively, engaging, and witty style, Sells Like Teen Spirit suggests a more hopeful attitude about the ways that music can be used as a counter to an overly commercialized culture, showcasing recent musical innovations by youth that emphasize democratic participation and creative self-expression—even at the cost of potential copyright infringement.