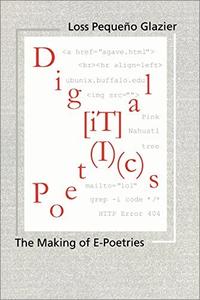 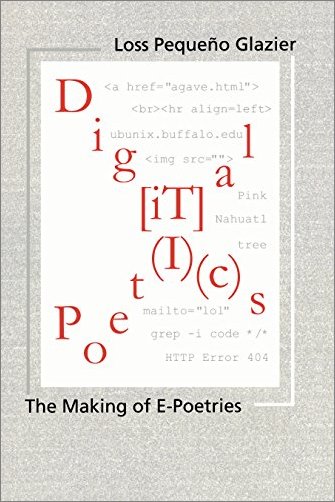 In Digital Poetics, Loss Pequeño Glazier argues that the increase in computer technology and accessibility, specifically the World Wide Web, has created a new and viable place for the writing and dissemination of poetry. Glazier's work not only introduces the reader to the current state of electronic writing but also outlines the historical and technical contexts out of which electronic poetry has emerged and demonstrates some of the possibilities of the new medium.

Glazier examines three principal forms of electronic textuality: hypertext, visual/kinetic text, and works in programmable media. He considers avant-garde poetics and its relationship to the on-line age, the relationship between web "pages" and book technology, and the way in which certain kinds of web constructions are in and of themselves a type of writing. With convincing alacrity, Glazier argues that the materiality of electronic writing has changed the idea of writing itself. He concludes that electronic space is the true home of poetry and, in the 20th century, has become the ultimate "space of poesis."

Digital Poetics will attract a readership of scholars and students interested in contemporary creative writing and the potential of electronic media for imaginative expression.