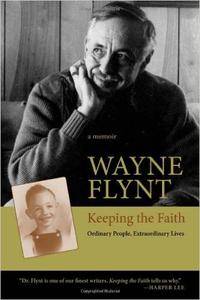 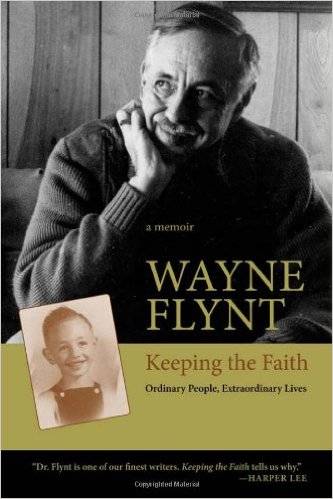 This historical memoir by the widely recognized scholar, Wayne Flynt, chronicles the inner workings of his academic career at Samford and Auburn Universities, as well as his many contributions to the general history of Alabama. Flynt has traveled the state and the South lecturing and teaching both lay and academic groups, calling on his detailed knowledge of both the history and power structures in Alabama to reveal uncomfortable truths wherever he finds them, whether in academic institutions that fall short of their stated missions, in government and industry leaders who seek and hold power by playing to the fears and prejudices of the public, or in religious groups who abandon their original missions and instead seek financial and emotional comfort in lip service only.

In doing so he has not only energized those who think the State of Alabama can and must do better, but also has earned the enmity of those who prosper, profit, and prevaricate for their own selfish ends. Nevertheless, Flynt utilizes a lifetime of learning and reflection to voice the conscience of his community. Keeping the Faith: Ordinary People, Extraordinary Lives tells the story of his life and his courageous battles against an indifferent or hostile hierarchy with modesty and honesty. In doing so he tells us how Alabama institutions really are manipulated and, more importantly, why we should care.