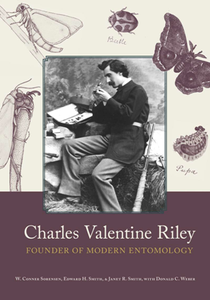 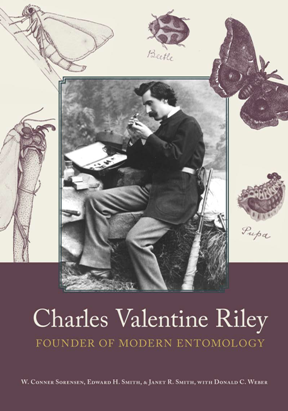 This definitive biography is the first full account of a fascinating American scientist whose leadership created the modern science of entomology that recognizes both the essential role of insects in natural systems and their challenge to the agricultural food supply that sustains humankind. Charles Valentine Riley: Founder of Modern Entomology tells the story of how Riley (1843-1895), a young British immigrant to America–with classical schooling, only a smattering of natural history knowledge, and with talent in art and writing but no formal training in science–came to play a key role in the reorientation of entomology from the collection and arrangement of specimens to a scientific approach to insect evolution, diversity, ecology, and applied management of insect pests.

Drawing on Riley's personal diaries, family records, correspondence, and publications, the authors trace Riley's career as farm laborer, Chicago journalist, Missouri State Entomologist, chief federal entomologist, founder of the National Insect Collection, and initiator of the professional organization that became the Entomological Society of America. Also examined in detail are his spectacular campaigns against the Rocky Mountain Locust that stalled western migration in the 1870s, the Grape Phylloxera that threatened French vineyards in the 1870s and 80s, the Cotton Worm that devastated southern cotton fields after the Civil War, and the Cottony Cushion Scale that threatened the California citrus industry in the 1880s. The latter was defeated through importation of the Vedalia Beetle from Australia, the spectacular first example of biological control of an invasive insect pest by its introduced natural enemy.

A striking figure in appearance and deed, Riley combined scientific, literary, artistic, and managerial skills that enabled him to influence every aspect of entomology. A correspondent of Darwin and one of his most vocal American advocates, he discovered the famous example of mimicry of the Monarch butterfly by the Viceroy, and described the intricate coevolution of yucca moths and yuccas, a complex system that fascinates evolutionary scientists to this day. Whether applying evolutionary theory to pest control, promoting an American silk industry, developing improved spray technologies, or promoting applied entomology in state and federal government and to the public, Riley was the central figure in the formative years of the entomology profession. In addition to showcasing his own renderings of the insects he investigated, this comprehensive account provides fresh insight into the personal and public life of an ingenious, colorful, and controversial scientist, who aimed to discover, understand, and outsmart the insects.