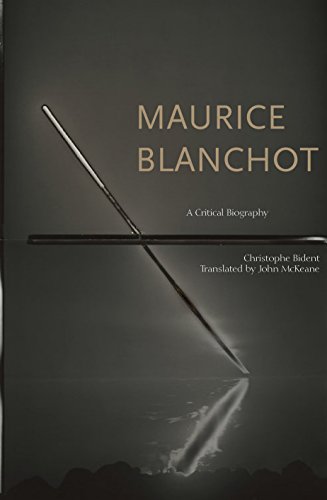 Maurice Blanchot: A Critical Biography by Christophe Bident, translated by John McKeane
English | November 20, 2018 | ISBN: 0823281760, 0823281752 | EPUB | 632 pages | 1.5 MB
Maurice Blanchot (1907–2003) was one of the most important writers of the twentieth century. His novels, shorter narratives, literary criticism, and fragmentary texts exercised enormous influence over several generations of writers, artists, and philosophers. In works such as Thomas the Obscure, The Instant of my Death, The Writing of the Disaster, The Unavowable Community, Blanchot produced some of the most incisive statements of what it meant to experience the traumas and turmoils of the twentieth century.

As a journalist and political activist, Blanchot had a public side that coexisted uneasily with an inclination to secrecy, a refusal of interviews and photographs, and a reputation for mysteriousness and seclusion. These public and private Blanchots came together in complicated ways at some of the twentieth century's most momentous occasions. He was among the public intellectuals participating in the May ’68 revolution in Paris and helped organize opposition to the Algerian war. During World War II, he found himself moments away from being executed by the Nazis. More controversially, he had been active in far-right circles in the ’30s.

Now translated into English, Christophe Bident’s magisterial, scrupulous, much-praised critical biography provides the first full-length account of Blanchot’s itinerary, drawing on unpublished letters and on interviews with the writer’s close friends. But the book is both a biography and far more. Beyond filling out a life famous for its obscurity, Bident’s book will transform the way readers of Blanchot respond to this major intellectual figure by offering a genealogy of his thought, a distinctive trajectory that is at once imaginative and speculative, at once aligned with literary modernity and a close companion and friend to philosophy.

The book is also a historical work, unpacking the ‘transformation of convictions’ of an author who moved from the far-right in the 1930s to the far-left in the 1950s and after. Bident’s extensive archival research explores the complex ways that Blanchot’s work enters into engagement with his contemporaries, making the book also a portrait of the circles in which he moved, which included friends such as Georges Bataille, Marguerite Duras, Emmanuel Levinas, Michel Foucault, and Jacques Derrida.

Finally, the book traces the strong links between Blanchot’s life and an oeuvre that nonetheless aspires to anonymity. Ultimately, Bident shows how Blanchot’s life itself becomes an oeuvre―becomes a literature that bears the traces of that life secretly. In its even-handed appraisal, Bident’s sophisticated reading of Blanchot’s life together with his work offers a much-needed corrective to the range of cruder accounts, whether from Blanchot’s detractors or from his champions, of a life too easily sensationalized.

This definitive biography of a seminal figure of our time will be essential reading for anyone concerned with twentieth-century literature, thought, culture, and politics.