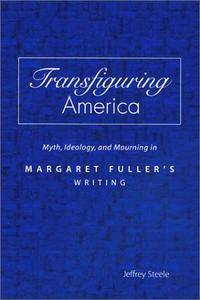 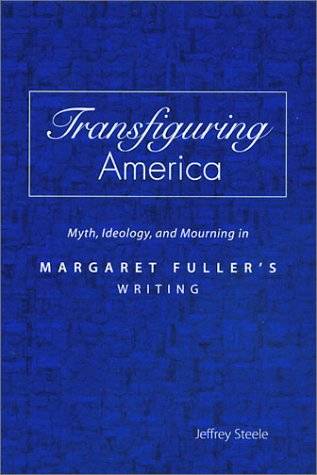 Transfiguring America is the product of more than ten years of research and numerous published articles on Margaret Fuller, arguably America's first feminist theorist and one of the most important woman writers in the nineteenth century. Focusing on Fuller's development of a powerful language that paired cultural critique with mythmaking, Steele shows why her writing had such a vital impact on the woman's rights movement and modern conceptions of gender.

This groundbreaking study pays special attention to the ways in which Fuller's feminist consciousness and social theory emerged out of her mourning for herself and others, her dialogue with Emersonian Transcendentalism, and her eclectic reading in occult and mythical sources. Transfiguring America is the first book to provide detailed analyses of all of Fuller's major texts, including her mystical Dial essays, correspondence with Emerson, Summer on the Lakes, 1844 poetry, Woman in the Nineteenth Century, and New York Tribune essays written both in New York and Europe.

Starting from her own profound sense of loss as a marginalized woman, Fuller eventually recognized the ways in which the foundational myths of American society, buttressed by conservative religious ideologies, replicated dysfunctional images of manhood and womanhood. With Woman in the Nineteenth Century, after exploring the roots of oppression in her essays and poetry, Fuller advanced the cause of woman's rights by conceptualizing a more fluid and equitable model of gender founded upon the mythical reconfiguration of human potential. But as her horizons expanded, Fuller demanded not only political equality for women, but also emotional, intellectual, and spiritual freedom for all victims of social oppression.

By the end of her career, Steele shows, Fuller had blended personal experience and cultural critique into the imaginative reconstruction of American society. Beginning with a fervent belief in personal reform, she ended her career with the apocalyptic conviction that the dominant myths both of selfhood and national identity must be transfigured. Out of the ashes of personal turmoil and political revolution, she looked for the phoenix of a revitalized society founded upon the ideal of political justice.