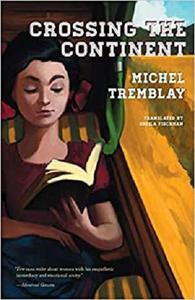 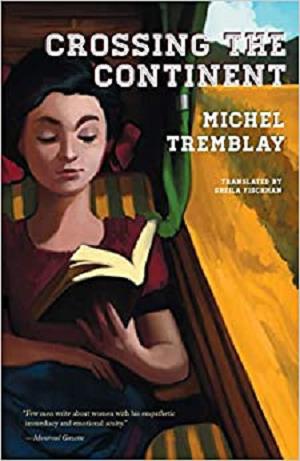 Crossing the Continent by Talonbooks; Translation edition
English | January 3, 2012 | ISBN: 0889226768 | 280 pages | MOBI | 0,698 Mb
Born in Providence, Rhode Island, to a Cree mother and a French father, Rйauna, affectionately known throughout Tremblay’s work as “Nana,” was sent with her two younger sisters, Bйa and Alice, to be raised on her maternal grandparents’ farm in Sainte-Maria-de-Saskatchewan, a francophone Catholic enclave of two hundred souls. At the age of ten, amid swaying fields of wheat under the idyllic prairie sky of her loving foster family, Nana is suddenly told by her mother, whom she hasn’t seen in five years and who now lives in Montreal, to come “home” and help take care of her new baby brother.

So it is that Nana, with her faint recollection of the smell of the sea, embarks alone on an epic journey by train through Regina, Winnipeg, and Ottawa, on which she encounters a dizzying array of strangers and distant relatives, including Ti-Lou, the “she-wolf of Ottawa.”

To our delight, Michel Tremblay here takes his readers outside Quebec for the first time, on a quintessential North American journey – it is 1913, at a time of industry and adventure, when crossing the continent was an enterprise undertaken by so many, young and old, from myriads of cultures, unimpeded by the abstractly constructed borders and identities that have so fractured our world of today.

This, the first in Tremblay’s series of "crossings" novels, provides us with the back-story to the characters of his great Chronicles of Plateau Mont-Royal, particularly of his mother, “The Fat Woman Next Door …” and his maternal grandmother, who, though largely uneducated, was a voracious reader and introduced him to the world of reading and books, including Tintin adventure comics, mass-market novels, and The Inn of the Guardian Angel, which fascinated the young Tremblay with its sections of dramatic dialogue, inspiring the many great plays he would eventually write.