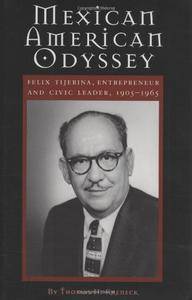 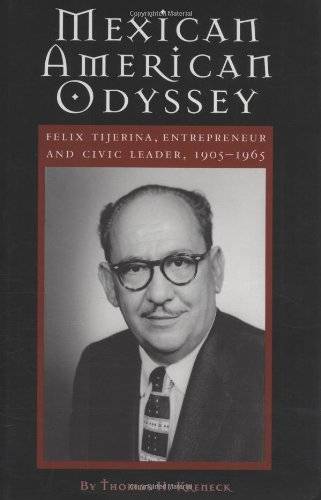 Mexican American Odyssey: Felix Tijerina, Entrepreneur and Civic Leader 1905-1965 by Thomas H. Kreneck
English | 2001 | ISBN: 0890969361 | 440 Pages | PDF | 3.50 MB
In Mexican American Odyssey, Thomas H. Kreneck not only traces the influential life of Houston entrepreneur and civic leader Felix Tijerina as an individual but illustrates how Tijerina reflected many trends in Mexican American development during the decades he lived, years that were crucial for the Hispanic community today. Kreneck outlines a pattern of identity and assimilation that has been traced in bold, broader terms by other scholars, who have called Tijerina’s contemporaries the “Mexican American Generation.”

Felix Tijerina was born in 1905 in Mexico, although he publicly claimed to have been born in Texas. He worked his way from busboy and waiter to owner of a profitable, well-known chain of Mexican restaurants. The story of his economic success parallels that of other self-made American business leaders. But his contribution did not end there. He was an active leader of local, state, and national Mexican American organizations, and in those groups he worked to advance the Hispanic community and promote social harmony. Moreover, Kreneck demonstrates how Tijerina’s life and efforts symbolized the history of a people who, by the time Tijerina died in the mid-1960s, were no longer numerically inundated and ineffectual.

Emerging as a leader in such mainstream groups and boards as Rotary International and the Houston Housing Authority, Tijerina was a pioneer in Mexican American interaction with Anglos. He was particularly noted for his efforts on behalf of Mexican American education. While serving an unprecedented four terms as national president of LULAC, from 1956 to 1960, he launched an internationally acclaimed educational initiative called the Little School of the 400, to teach English to preschool Spanish-speaking children.

Through Tijerina’s life, Kreneck illustrates the intricate relations between Anglos and Mexican Americans during the early and middle years of the century. He identifies both prejudice and opportunity in Tijerina’s environment and analyzes the qualities that allowed the man to flourish within those circumstances. He also shows how Tijerina and his colleagues responded to the black civil rights movement that swept the South in the later years of his life, marking the complex psycho-cultural balance his generation often tried to strike.

Mexican American Odyssey thus portrays a significant individual and places him within a larger context that is only now being studied by scholars, and the impact of which is now being felt in society at large.
MORE BOOKS | MY RSS