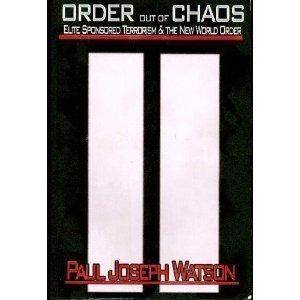 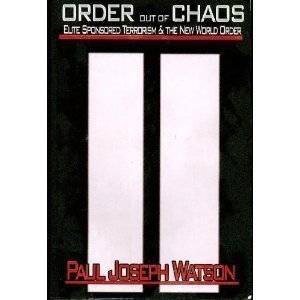 Order out of Chaos (Order out of Chaos - Elite Sponsored Terrorism & the NEW World Order) by Paul Watson
English | 2003 | ISBN: 0974338109 | 331 Pages | PDF | 1.35 MB
Order out of Chaos blows wide open the official story behind a multitude of both historical and modern day events. Paul Joseph Watson uses mainstream media reports to exhaustively document how governments are exploiting and even carrying out terrorist attacks to further their unified political agenda. In this shocking exposé you will discover how: ~ Both the Clinton and Bush administrations protected Osama bin Laden and the Al Qaeda network before September 11; ~ The highest levels of the U.S. government were complicit in the attacks on the World Trade Center and the Pentagon; ~ Many of the named hijackers are still alive and the real culprits have never been identified; ~ British MI5 have infiltrated the IRA and are carrying out terrorist attacks to maintain a divided Ireland; ~ Chaos mongers are arming tyrants worldwide as a pretext for endless war and empire building; ~ A despotic New World Order is being constructed, how it threatens us all, and what we can do to stop it.
MORE BOOKS | MY RSS