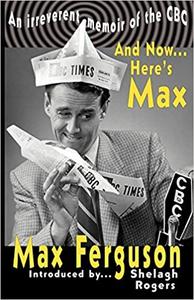 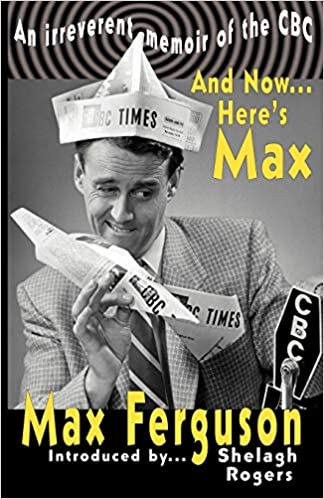 Max Ferguson, Shelagh Rogers, "And Now… Here's Max"
English | 2009 | ISBN: 0981024475 | 160 pages | EPUB | 1.7 MB
Now fans need no longer wait for the CBC to re-run recordings of Max Ferguson's notorious radio shows (assuming that the tapes have not all been destroyed by court order). A full dose of his lunacy, depravity, and flagrant disregard for management can now be enjoyed at any hour of the day or night simply by reading a copy of And Now… Here's Max, his scandalous memoir of a life in broadcasting at the CBC. This edition includes a new foreword by Shelagh Rogers. Max Ferguson's 52 years as an announcer on CBC television and radio included such programmes as After Breakfast Breakdown, The Max Ferguson Show, Tabloid, Gazette, Inside From The Outside, 55 North Maple, and Telescope, and earned him many honours: the Order of Canada, the Governor-General's Performing Arts Award, the John Drainie Award, the Gordon Sinclair Award, the Stephen Leacock Award (for And Now…Here's Max), three ACTRA awards, and honorary degrees from Dalhousie University, Brock, Waterloo, Western Ontario, and the University of Saskatchewan.