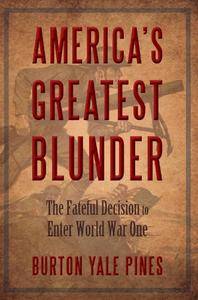 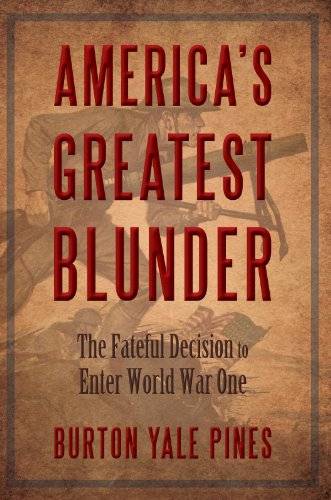 Absent America's entry into the war, the exhausted combatants, however unhappily, would have had to drag themselves to a negotiating table and there make a peace of compromise. There would have been no victor, no vanquished, no Versailles Treaty, no reparations, no German demands for revenge, no Hitler and surely no World War II and even no Cold War.

The tale of how America stumbled into war is told by America's Greatest Blunder. It chronicles America's journey from sensible neutrality to its war declaration. It then describes how legions of doughboys were mobilized and trained and how they won the war, giving victory to Britain and France - thus launching the young 20th century on its course of decades of unprecedented violence.