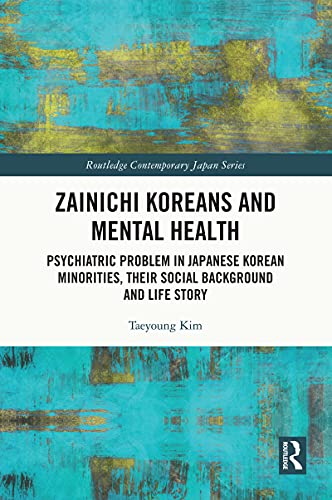 So-called “Zainichi” Koreans living in Japan have a higher suicide rate than native Japanese, or than any other ethnic group within Japan, a country which has one of the highest suicide rates in the world. Considering themselves neither truly Korean nor wholly Japanese, they are mainly descendants of immigrants who came to Japan during the colonial period in the late 19th and early 20th centuries. Kim explores the challenges facing these individuals, including the dilemmas of ethnic education, the discrimination against them by mainstream society, and the consequent impacts on their mental health.

An insightful read both for scholars of Japanese culture and society and for anthropologists and sociologists with an interest in the effects of marginalization on ethnic minority citizens more broadly.