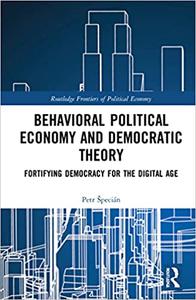 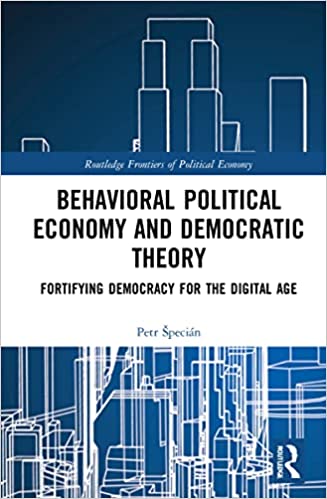 Petr Specian, "Behavioral Political Economy and Democratic Theory: Fortifying Democracy for the Digital Age "
English | ISBN: 103222973X | 2022 | 182 pages | PDF | 10 MB
Drawing on current debates at the frontiers of economics, psychology, and political philosophy, this book explores the challenges that arise for liberal democracies from a confrontation between modern technologies and the bounds of human rationality.
With the ongoing transition of democracy's underlying information economy into the digital space, threats of disinformation and runaway political polarization have been gaining prominence. Employing the economic approach informed by behavioral sciences' findings, the book's chief concern is how these challenges can be addressed while preserving a commitment to democratic values and maximizing the epistemic benefits of democratic decision-making. The book has two key strands: it provides a systematic argument for building a behaviorally informed theory of democracy; and it examines how scientific knowledge on quirks and bounds of human rationality can inform the design of resilient democratic institutions. Drawing these together, the book explores the centrality of the rationality assumption in the methodological debates surrounding behavioral sciences as exemplified by the dispute between neoclassical and behavioral economics; the role of (ir)rationality in democratic social choice; behaviorally informed paternalism as a response to the challenge of irrationality; and non-paternalistic avenues to increase the resilience of the democratic institutions toward political irrationality.
Read more