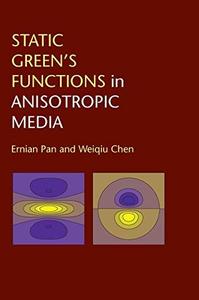 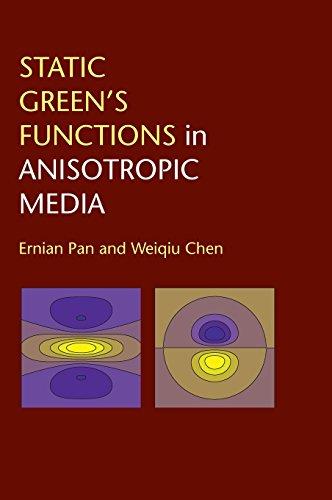 This book presents basic theory on static Green's functions in general anisotropic magnetoelectroelastic media including detailed derivations based on the complex variable method, potential method, and integral transforms. Green's functions corresponding to the reduced cases are also presented including those in anisotropic and transversely isotropic piezoelectric and piezomagnetic media, and in purely anisotropic elastic, transversely isotropic elastic and isotropic elastic media. Problems include those in three-dimensional, (two-dimensional) infinite, half, and bimaterial spaces (planes). While the emphasis is on the Green's functions related to the line and point force, those corresponding to the important line and point dislocation are also provided and discussed. This book provides a comprehensive derivation and collection of the Green's functions in the concerned media, and as such, it is an ideal reference book for researchers and engineers, and a textbook for both students in engineering and applied mathematics.