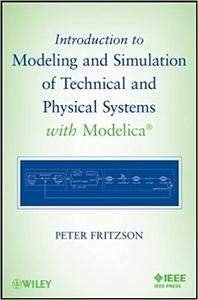 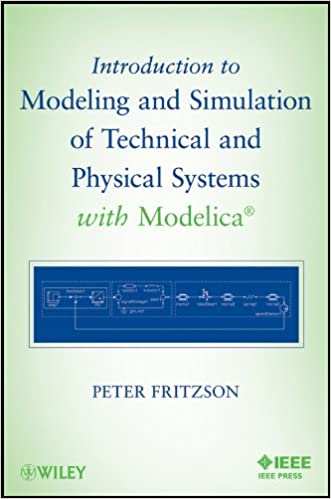 Peter Fritzson, "Introduction to Modeling and Simulation of Technical and Physical Systems with Modelica"
English | ISBN: 111801068X | 2011 | 232 pages | PDF | 2 MB
Master modeling and simulation using Modelica, the new powerful, highly versatile object-based modeling language
Modelica, the new object-based software/hardware modeling language that is quickly gaining popularity around the world, offers an almost universal approach to high-level computational modeling and simulation. It handles a broad range of application domains, for example mechanics, electrical systems, control, and thermodynamics, and facilitates general notation as well as powerful abstractions and efficient implementations. Using the versatile Modelica language and its associated technology, this text presents an object-oriented, component-based approach that makes it possible for readers to quickly master the basics of computer-supported equation-based object-oriented (EOO) mathematical modeling and simulation.
Throughout the text, Modelica is used to illustrate the various aspects of modeling and simulation. At the same time, a number of key concepts underlying the Modelica language are explained with the use of modeling and simulation examples. This book:
Examines basic concepts such as systems, models, and simulations
Guides readers through the Modelica language with the aid of several step-by-step examples
Introduces the Modelica class concept and its use in graphical and textual modeling
Explores modeling methodology for continuous, discrete, and hybrid systems
Presents an overview of the Modelica Standard Library and key Modelica model libraries
Readers will find plenty of examples of models that simulate distinct application domains as well as examples that combine several domains. All the examples and exercises in the text are available via DrModelica. This electronic self-teaching program, freely available on the text's companion website, guides readers from simple, introductory examples and exercises to more advanced ones.
Written by the Director of the Open Source Modelica Consortium, Introduction to Modeling and Simulation of Technical and Physical Systems with Modelica is recommended for engineers and students interested in computer-aided design, modeling, simulation, and analysis of technical and natural systems. By building on basic concepts, the text is ideal for students who want to learn modeling, simulation, and object orientation.