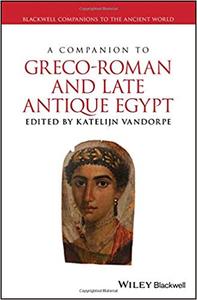 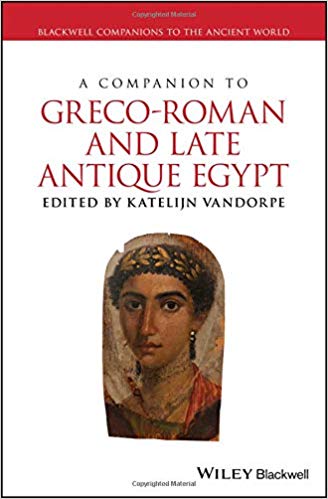 With contributions from noted authorities in the field, A Companion to Greco-Roman and Late Antique Egypt offers a comprehensive resource that covers almost 1000 years of Egyptian history, starting with the liberation of Egypt from Persian rule by Alexander the Great in 332 BC and ending in AD 642, when Arab rule started in the Nile country.

The Companion takes a largely sociological perspective and includes a section on life portraits at the end of each part. The theme of identity in a multicultural environment and a chapter on the quality of life of Egypt's inhabitants clearly illustrate this objective. The authors put the emphasis on the changes that occurred in the Greco-Roman and Late Antique periods, as illustrated by such topics as: Traditional religious life challenged; Governing a country with a past: between tradition and innovation; and Creative minds in theory and praxis. This important resource:

Discusses how Egypt became part of a globalizing world in Hellenistic, Roman and Byzantine times
Explores notable innovations by the Ptolemies and Romans
Puts the focus on the longue durée development
Offers a thematic and multidisciplinary approach to the subject, bringing together scholars of different disciplines
Contains life portraits in which various aspects and themes of people’s daily life in Egypt are discussed
Written for academics and students of the Greco-Roman and Late Antique Egypt period, this Companion offers a guide that is useful for students in the areas of Hellenistic, Roman, Byzantine and New Testament studies.