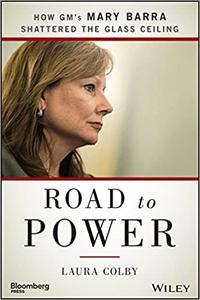 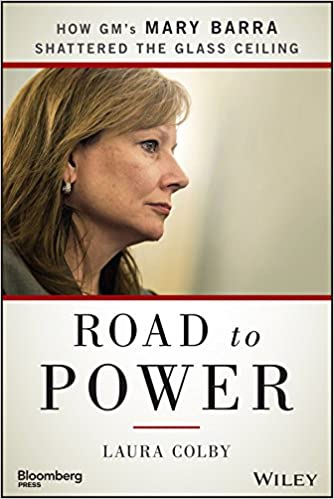 Laura Colby, "Road to Power: How GM's Mary Barra Shattered the Glass Ceiling "
English | ISBN: 1118972635 | 2015 | 192 pages | AZW3 | 3 MB
Follow a pioneer's journey from factory floor to CEO
Road to Power is the story of how Mary Barra drove herself to the pinnacle of a company that steers the nation's wealth. Beginning as a rare female electrical engineer and daughter of a General Motors die maker, Barra spent more than thirty years building her career before becoming the first woman to ever lead a global automaker. With $155 billion in sales and 200,000 employees, GM is widely considered to be a proxy for the U.S. economy, making Barra's position arguably the most important corporate role a woman has ever held. This book describes the personal character, choices, and leadership style that enabled her to break through the glass ceiling.
When 52-year-old Mary Barra was named CEO of General Motors in 2013, only people outside of the company were surprised. She had done everything from working on the factory floor to overseeing manufacturing, from improving union relations to paring down bureaucracy, and from running human resources to helping drag the company back from its 2009 bankruptcy. This book details each step of her career, and the lessons she learned along the way.
Learn how Mary Barra's willingness to take on diverse assignments helped steer her career trajectory
Examine the fine details of Barra's management style and her ability to relate to colleagues
Discover the qualities and experiences Barra had that drove her to lead this male-dominated profession
Study the valuable lessons Barra learned at each stage in her professional life, and why they stuck with her throughout her journey to the top
Barra is most certainly a pioneer for women in business, but she's also a living lesson as to how far the right outlook, skills, and drive can take you in your career. Road to Power explores the talent and the mindset that got her all the way to the top.