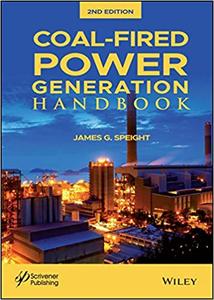 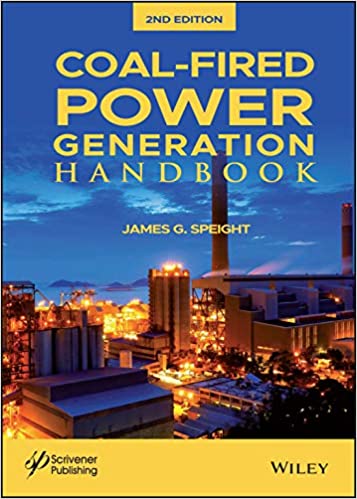 Coal-Fired Power Generation Handbook, 2nd edition by James G. Speight
English | Mar 23, 2021 | ISBN: 1119510104 | 784 pages | PDF | 21 MB
Coal accounts for approximately one quarter of world energy consumption and of the coal produced worldwide approximately 65% is shipped to electricity producers and 33% to industrial consumers, with most of the remainder going to consumers in the residential and commercial sectors. The total share of total world energy consumption by coal is expected to increase to almost 30% in 2035.

This book describes the challenges and steps by which electricity is produced form coal and deals with the challenges for removing the environmental objections to the use of coal in future power plants. New technologies are described that could virtually eliminate the sulfur, nitrogen, and mercury pollutants that are released when coal is burned for electricity generation. In addition, technologies for the capture greenhouse gases emitted from coal-fired power plants are described and the means of preventing such emissions from contributing to global warming concerns.

Written by one of the world’s leading energy experts, this volume is a must-have for any engineer, scientist, or student working in this field, providing a valuable reference and guide in a quickly changing field.