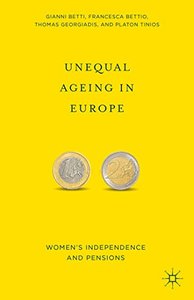 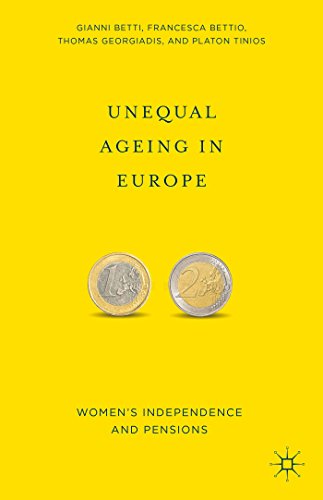 Unequal Ageing in Europe: Women's Independence and Pensions by Francesca Bettio and Gianni Betti
English | 2015 | ISBN: 1137384093 | 204 pages | PDF | 1,2 MB
While much is known about the situation in the labour market in the form of gender pay and earnings gaps, rather little is understood about their sequel in old age—the gender pension gap. Entering the world of pensions may well signal a step backwards as far as women's independence is concerned, particularly in countries where women have earned economic independence in employment and are now being confronted by institutional frameworks presuming, encouraging or even imposing dependence.

Unequal Ageing in Europe explores the gender pension gap across the member states of the European Union, plus Iceland and Norway. Employing microdata from the Survey of Income and Living Conditions (EU-SILC), along with data from the Survey of Health, Ageing and Retirement in Europe (SHARE), the authors derive key facts regarding pension inequality between women and men. An intuitive indicator for a pension gender gap is derived and contrasted with equivalent indicators for pay and earnings gaps. The authors explore European diversity in a number of dimensions and benchmark their findings against equivalent findings in the US.