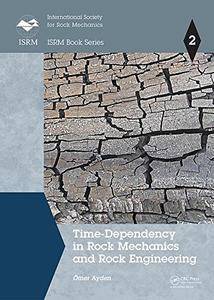 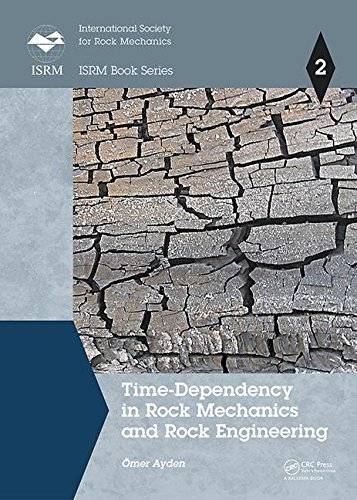 This book is concerned with time-dependency in rock mechanics and rock engineering, whose spectrum is very wide. While the term “time-dependency” involves time-dependent behavior/rate-dependent behavior of rocks in a conventional sense, this books attempts to cover the spectrum as much as possible including coupled processes of thermal, hydrological and diffusions in rocks. It presents theoretical formulations, experiments, numerical formulation and examples of applications. Of paramount concern is the long-term response and stability of rock engineering structures, including for instance man-made and natural slopes and underground facilities such as tunnels and powerhouses.

About the Author
Dr. Omer Aydan was born in 1955, and studied Mining Engineering at the Technical University of Istanbul, Turkey (B.Sc., 1979), Rock Mechanics and Excavation Engineering at the University of Newcastle upon Tyne, UK (M.Sc., 1982), and finally received his Ph.D. in Geotechnical Engineering from Nagoya University, Japan in 1989. He worked at Nagoya University as a research associate (1987-1991), and at the Department of Marine Civil Engineering at Tokai University, first as Assistant Professor (1991-1993), then as Associate Professor (1993-2001), and finally as Professor (2001-2010). He then became Professor of the Institute of Oceanic Research and Development at Tokai University, and is currently Professor at the University of Ryukyus, Department of Civil Engineering & Architecture, Nishihara, Okinawa, Japan. Omer has played an active role on numerous ISRM, JSCE, JGS, SRI and Rock Mech. National Group of Japan committees, and has organized several national and international symposia and conferences. He was also made Honorary Professor in Earth Science by Pamukkale University in 2008.