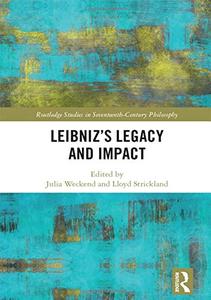 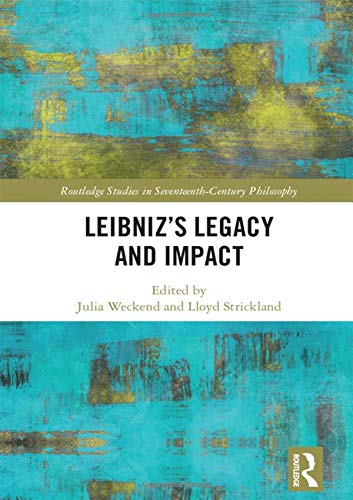 Leibniz’s Legacy and Impact (Routledge Studies in Seventeenth-Century Philosophy) by Julia Weckend, Lloyd Strickland
2019 | ISBN: 1138102628 | English | 334 pages | PDF | 2 MB
This volume tells the story of the legacy and impact of the great German polymath Gottfried Wilhelm Leibniz (1646-1716). Leibniz made significant contributions to many areas, including philosophy, mathematics, political and social theory, theology, and various sciences. The essays in this volume explores the effects of Leibniz’s profound insights on subsequent generations of thinkers by tracing the ways in which his ideas have been defended and developed in the three centuries since his death. Each of the 11 essays is concerned with Leibniz’s legacy and impact in a particular area, and between them they show not just the depth of Leibniz’s talents but also the extent to which he shaped the various domains to which he contributed, and in some cases continues to shape them today. With essays written by experts such as Nicholas Jolley, Pauline Phemister, and Philip Beeley, this volume is essential reading not just for students of Leibniz but also for those who wish to understand the game-changing impact made by one of history’s true universal geniuses.