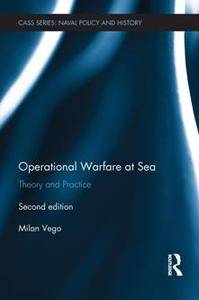 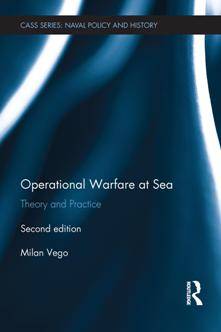 This work explains and critically examines the main theoretical aspects of operational warfare at sea.

It utilizes diverse examples from naval history, ranging from the ancient era to the present day, to offer a comprehensive description and analysis of the key components of operational warfare at sea today. Specifically, it explains the military/naval objectives, levels of war, types of major naval/joint operations and maritime campaigns, and their main elements. In contrast to many works, this book focuses on the role of the naval operational commanders in command and control and decision-making. It also describes in great detail the main elements of naval operational leadership and operational thinking, which are illustrated by examples of successful warfighting admirals. This new edition has been completely revised and updated, with three new chapters, and analyses in even more detail the planning and execution of major naval/joint operations and maritime campaigns.

This book is intended to serve as a primer of how to plan, prepare, and execute major naval/joint operations and maritime campaigns for naval operational commanders and their staffs, but will also be of great interest to students of naval power, strategic studies, and military history in general.