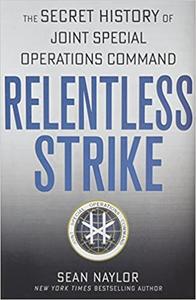 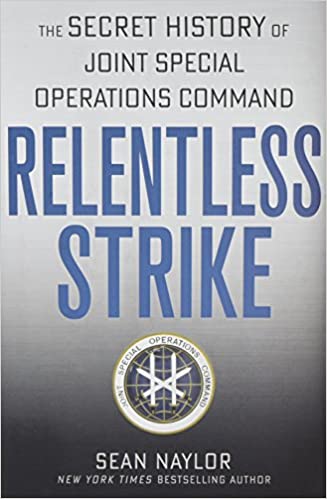 Sean Naylor, "Relentless Strike: The Secret History of Joint Special Operations Command"
English | 2015 | pages: 560 | ISBN: 1250014549 | EPUB | 3,9 mb
The New York Times Bestseller and Winner of the 2015 Army Historical Foundation Distinguished Writing Award for Unit History
Since the attacks of September 11, one organization has been at the forefront of America's military response. Its efforts turned the tide against al-Qaida in Iraq, killed Bin Laden and Zarqawi, rescued Captain Phillips and captured Saddam Hussein. Its commander can direct cruise missile strikes from nuclear submarines and conduct special operations raids anywhere in the world.
Relentless Strike tells the inside story of Joint Special Operations Command, the secret military organization that during the past decade has revolutionized counterterrorism, seamlessly fusing intelligence and operational skills to conduct missions that hit the headlines, and those that have remained in the shadows-until now. Because JSOC includes the military's most storied special operations units-Delta Force, SEAL Team 6, the 75th Ranger Regiment-as well as America's most secret aviation and intelligence units, this is their story, too.
Relentless Strike reveals tension-drenched meetings in war rooms from the Pentagon to Iraq and special operations battles from the cabin of an MH-60 Black Hawk to the driver's seat of Delta Force's Pinzgauer vehicles as they approach their targets. Through exclusive interviews, reporter Sean Naylor uses his unique access to reveal how an organization designed in the 1980s for a very limited mission set transformed itself after 9/11 to become the military's premier weapon in the war against terrorism and how it continues to evolve today.