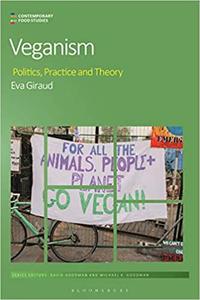 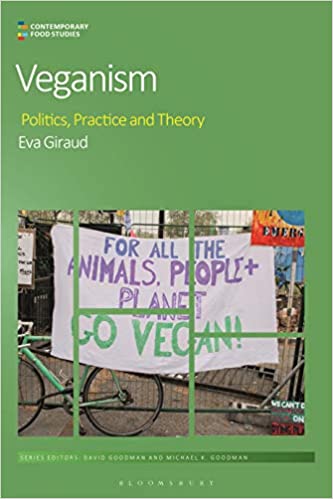 Veganism: Politics, Practice, and Theory by Eva Haifa Giraud
English | July 29, 2021 | ISBN: 1350124923, 1350124915 | 208 pages | PDF | 3 MB
What exactly do vegans believe? Why has veganism become such a critical and criticized social movement, and how does veganism correspond to wider debates about sustainability, animal studies, and the media? Eva Haifa Giraud offers an accessible route into the debates that surround vegan politics, which feed into broader issues surrounding food activism and social justice.

Giraud engages with arguments in favor of veganism, as well as the criticisms levelled at vegan politics. She interrogates debates and topics that are central to conversations around veganism, including identity, intersectional politics, and activism, with research drawn from literary animal studies, animal geographies, ecofeminism, posthumanism, critical race theory, and new materialism.
Giraud makes an original theoretical intervention into these often fraught debates, and argues that veganism holds radical political potential to act as “more than a diet” by disrupting commonplace norms and assumptions about how humans relate to animals. Drawing on a range of examples, from recipe books with punk aesthetics to social media campaigns, Giraud shows how veganism's radical potential is being complicated by its commercialization, and elucidates new conceptual frameworks for reclaiming veganism as a radical social movement.