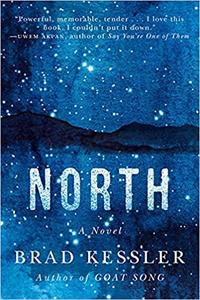 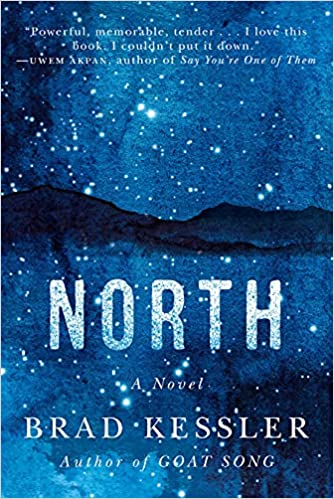 As a late spring blizzard brews, Brother Christopher, a cloistered monk at Blue Mountain Monastery in Vermont, rushes to tend to his Ida Red and Northern Spy apple trees in advance of the unseasonal snowstorm. When the storm lands a young Somali refugee, Sahro Abdi Muse, at the monastery, Christopher is pulled back into the world as his life intersects with Sahro’s and that of an Afghan war veteran in surprising and revealing ways.

North traces the epic journey of Sahro from her home in Somalia to South America, along the migrant route through Central America and Mexico, to New York City, and finally, her dangerous attempt to continue north to safety in Canada. It also compellingly traces the inner journeys of Brother Christopher, questioning his future in a world where the monastery way of life is waning, and of veteran Teddy Fletcher, seeking a way to make peace with his past.

Written in Brad Kessler’s sharp, beautiful, and observant prose, and grounded in the author’s own corner of Vermont, where there is a Carthusian monastery, a vibrant community of Somali asylum seekers, and a hole left after a disproportionate number of Vermont soldiers were killed in Afghanistan, North gives voice to these invisible communities, delivering a story of human connection in a time of displacement.