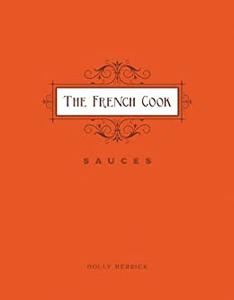 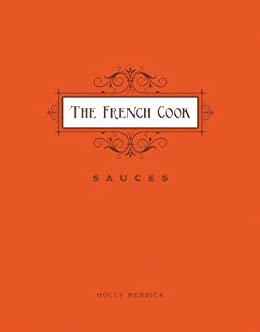 The French Cook: Sauces is the first in a series of French cookbooks that will simplify and demystify French cuisine for all of those who love it and would like to bring it home to their American kitchens without traveling outside their homes.

In her latest book, Holly Herrick creates a kind of French cooking course all about sauces, filled with beautiful how-to photography and step-by-step technqiques that will have you making sauces like a pro. The book focuses on the five mother sauces of French cuisine: béchamel, veloutés, hollandaise, espagnol and brown sauces, and les sauces tomates. In addition, Herrick devotes chapters to fonds, or stocks, the base of so many sauces, and mayonnaises, a simple, versatile sauce so widely used in classical French cuisine. In addition to the sauces, the book integrates main course ingredients, such as steak or roasted chicken, something more than to be dressed with a sauce, but also something that helped to shape the sauce itself. With myriad variations and derivatives on each basic sauce, this book will help turn your next meal into a veritable French feast.

Holly Herrick is a graduate of Boston College and recipient of Le Grande Diplome in Cuisine and Pastry from Le Cordon Bleu, Paris, France. A long-time resident of Charleston South Carolina and multi-awarded restaurant critic and food writer, she is the author of five cookbooks, including Southern Farmers Market Cookbook, The Charleston Chef's Table Cookbook, Tart Love: Sassy, Savory and Sweet, and The Food Lovers' Guide to Charleston and Savannah. Look for the second installment of this new French cookbook series, The French Cook: Cream Puffs and Eclairs (Gibbs Smith).