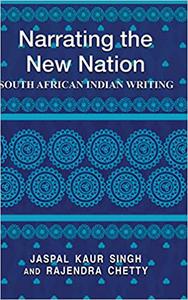 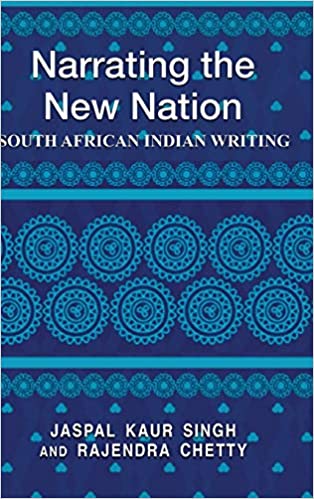 Jaspal K. Singh, "Narrating the New Nation: South African Indian Writing"
English | ISBN: 1433130122 | 2018 | 168 pages | PDF | 4 MB
The purpose of Narrating the New Nation is to engage with South African Indian writings through a critical examination of the oeuvre of key writers within a postcolonial theoretical framework. With the advent of democracy, South Africa has witnessed new writings which either reflected on apartheid with elements of restoration for past atrocities and centered around reflective nostalgia, or looked ahead with optimism and foregrounded new beginnings. The end of the interregnum in 1994 drove people to narrate the relationship between past, present and future, which revealed an exciting diversity and rituals of bourgeois lives or reflected upon disadvantaged and marginalized homes in townships, casbahs and ghettos. These innovative narratives attempt to conquer and spatialize different histories, while at the same time finding creative ways to assemble shattered fragments of memory. A critical question this study asks is whether South African literature continues to address themes of journey, exile, migration and identity within the major concern of place and displacement in apartheid and post-apartheid South African Indian writing, or whether the new writings foreground critical self-awareness as citizens of a democratic and neo-colonial nation-state. What analytical questions and concerns do new writings from the Global South address? This book of critical essays hopes to endorse social and cultural―race, class, gender, sexuality―analysis, problematize them, expand them, and in the end enrich South African literature. In so doing, the authors attempt to encourage a critical, creative and empowering space for a plurality of voices, minds and stories and hope to reveal how literature involves itself in the unfinished business of the collective in South African history and literature.
Read more