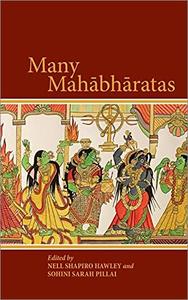 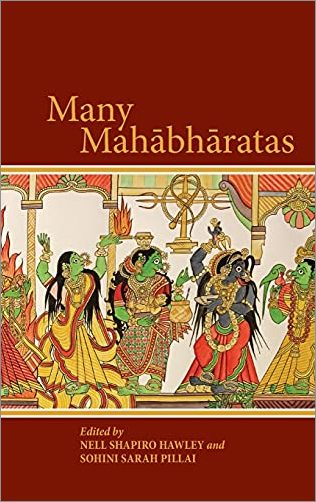 Many Mahābhāratas is an introduction to the spectacular and long-lived diversity of Mahābhārata literature in South Asia. This diversity begins with the Sanskrit Mahābhārata, an early epic poem that narrates the events of a catastrophic fratricidal war. Along the way, it draws in nearly everything else in Hindu mythology, philosophy, and story literature. The magnitude of its scope and the relentless complexity of its worldview primed the Mahābhārata for uncountable tellings in South Asia and beyond. For two thousand years, the instinctive approach to the Mahābhārata has been not to consume it but to create it anew.

The many Mahābhāratas of this book come from the first century to the twenty-first. They are composed in nine different languages―Apabhramsha, Bengali, English, Hindi, Kannada, Malayalam, Sanskrit, Tamil, and Telugu. Early chapters illuminate themes of retelling within the Sanskrit Mahābhārata itself, demonstrating that the story’s propensity for regeneration emerges from within. The majority of the book, however, reaches far beyond the Sanskrit epic. Readers dive into classical dramas, premodern vernacular poems, regional performance traditions, commentaries, graphic novels, political essays, novels, and contemporary theater productions―all of them Mahābhāratas.

Because of its historical and linguistic breadth, its commitment to primary sources, and its exploration of multiplicity and diversity as essential features of the Mahābhārata’s long life in South Asia, Many Mahābhāratas constitutes a major contribution to the study of South Asian literature and offers a landmark view of the field of Mahābhārata studies.