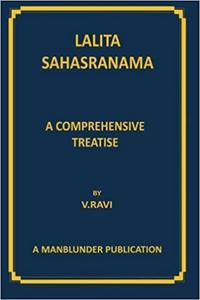 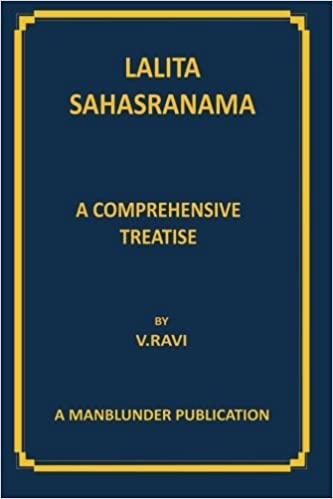 V Ravi, "Lalita Sahasranama"
English | 2010 | ISBN: 1456417630 | 646 pages | EPUB | 0.47 MB
This edition of Sahasranama contains detailed interpretation for each name with appropriate quotations from Veda-s, Saundarya Lahari, Bhagavad Gita, Upanisads, etc in order to make the understanding better. The citations from Veda-s and other scriptures go to prove the magnificence of Lalita Sahasranama. Every attempt has been made to make the interpretations as easy as possible and no effort was spared to go into the depth of each nama. Each nama is not only transliterated (International Alphabet of Sanskrit Transliteration - IAST), but also the original Sanskrit version of the nama is also used, so that the original beauty of the nama is not lost. A guide to read transliterations is also provided with examples. A lot of additional informations have been provided, captioned as ‘further reading’. Such informations are not only needed for better understanding of nama-s, but they, in general, provide additional knowledge for those who pursue the path of spirituality.