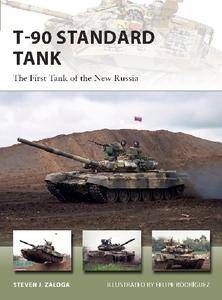 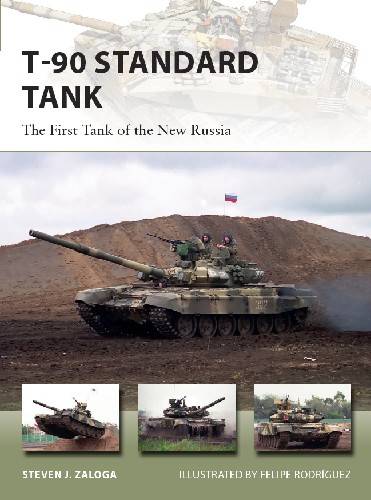 T-90 Standard Tank: The First Tank of the New Russia (Osprey New Vanguard 255)
2018 | ISBN: 1472818229 | English | 49 Pages | True PDF | 12,7 MB
In the wake of the T-72 tank's poor performance in the 1991 Gulf War, the Kremlin instructed the Russian tank industry to drop the discredited T-72 designation in favour of the T-90 Vladimir. The T-90 was in fact a further evolution of the T-72 family, but the name change represented an important break in Russian/Soviet tank design history. The T-90 has become the principal export tank of Russia, and is in service in large numbers in many countries including Algeria, India, and many of the former Soviet republics. Using detailed illustrations and full colour artwork, this book will also describe the evolution of the T-90s many failed successors including the little known Bokser, Molot, and T-95, as well as its likely successor, the new T-14 Armata, and the wide range of specialized vehicles based on the T-90 chassis such as the formidable Terminator tank support vehicle.