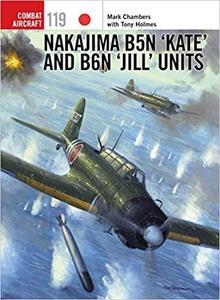 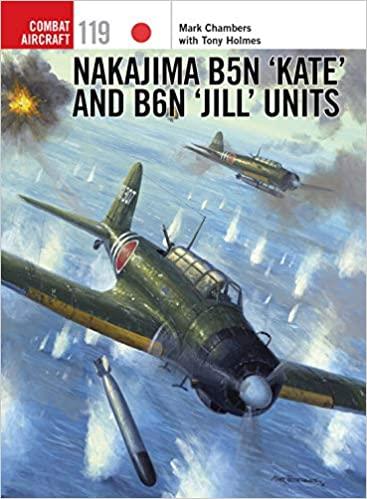 Nakajima B5N ‘Kate’ and B6N ‘Jill’ Units (Combat Aircraft) by Mark Chambers, Tony Holmes, Jim Laurier
English | June 20, 2017 | ISBN: 1472818741 | 96 pages | AZW3 | 8,49 MB
Entering service during the Sino-Japanese War, the Nakajima B5N (code-named “Kate”) excelled and went on to achieve surprising and dramatic successes in the Japanese attack on Pearl Harbor. It also contributed to the sinking of the U.S. aircraft carriers USS Lexington at the Battle of the Coral Sea, USS Yorktown at the Battle of Midway, and USS Hornet at the Battle of the Santa Cruz Islands. Its replacement, the Nakajima B6N “Jill,” while a marked improvement over its illustrious predecessor, was never able to achieve its full potential in combat due to advances in Allied aircraft, finding itself relegated to the dreaded Kamikaze strikes in the latter part of the war.

Using previously unpublished photographs as well as color illustrations, this book will cover the history of the “Kate” and “Jill” torpedo/attack bombers, including their design and development, as well as the combat highs and lows of the Imperial Japanese Navy's premier torpedo bombers.