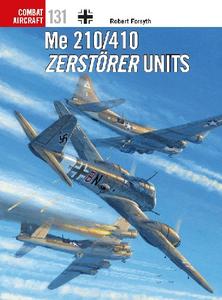 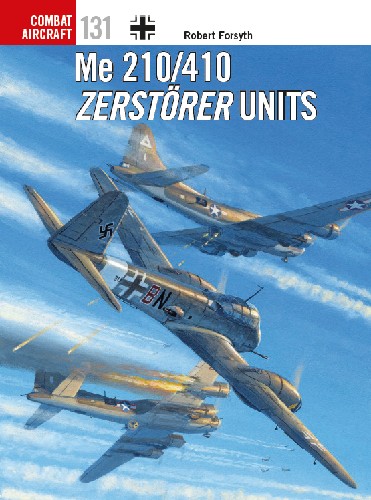 Me 210/410 Zerstörer Units (Osprey Combat Aircraft 131)
2019 | ISBN: 1472829107 | English | 97 Pages | True PDF | 11,7 MB
Intended as a progressive development of the twin-engined Bf 110 Zerstorer (‘destroyer' or heavy fighter), the Me 210 first took to the air in September 1939. However, due to a lack of sufficient flight-testing before being declared service-ready, the Me 210 suffered from a less than satisfactory reputation in respect to its flight characteristics and weak undercarriage. After enhancements were made to the fuselage and wings, and the power of the plane was increased, the Me 210 became the Me 410 in late 1942.
By this stage of the war much was expected of the two types, which were forced to fly in very dangerous skies over North Africa and in the defence of the German homeland. Both aircraft were deployed as heavy fighters, fighter-bombers, reconnaissance platforms and interceptors, seeing service with a number of different units. The Me 410 was fitted with 30 mm cannon, 21 cm underwing mortars and the colossal 5 cm BK cannon that was intended to pack a punch against the USAAF's four-engined bombers which threatened the Reich in large numbers from 1943 onwards.
In this title, supported by contemporary photography and full-colour artwork, Robert Forsyth tells the complex story of the Me 210 and 410, detailing their development and assessing their capabilities as combat aircraft.