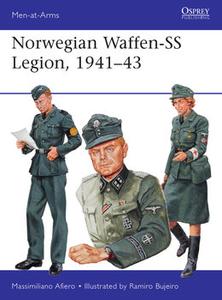 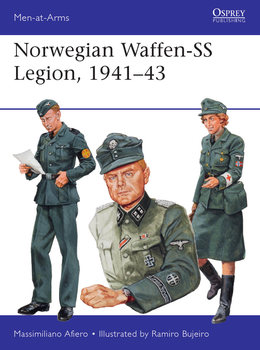 Following the Nazi occupation of Norway in 1941, the Waffen-SS began recruiting volunteers to serve in their ranks. Initially formed into small volunteer units, these developed into large divisions by 1943, referred to as ‘Legions' in Nazi propaganda. Early volunteers were promised that they would not leave Scandinavia and that they would serve under native Norwegian officers - but after the German invasion of the Soviet Union they were deployed to the Leningrad front alongside Dutch and Latvian units, in the 2nd SS Infantry Brigade. These units combined to form the nucleus of a whole regiment within the new 11th SS Volunteer Panzergrenadier Division 'Nordland'.