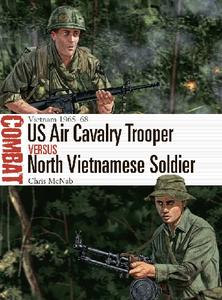 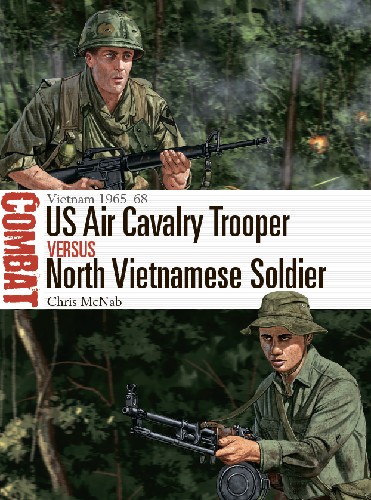 US Air Cavalry Trooper vs North Vietnamese Soldier: Vietnam 1965-68 (Osprey Combat 51)
2020 | ISBN: 1472841751 | English | 81 Pages | True PDF | 25,9 MB
The tactics and technologies of modern air assault - vertical deployment of troops by helicopter or similar means - emerged properly during the 1950s in Korea and Algeria. Yet it was during the Vietnam War that helicopter air assault truly came of age and by 1965 the United States had established fully airmobile battalions, brigades, and divisions, including the 1st Cavalry Division (Airmobile).This division brought to Vietnam a revolutionary new speed and dexterity in battlefield tactics, using massed helicopters to liberate its soldiers from traditional overland methods of combat manoeuvre.
However, the communist troops adjusted their own thinking to handle airmobile assaults. Specializing in ambush, harassment, infiltration attacks, and small-scale attrition, the North Vietnamese operated with light logistics and a deep familiarity with the terrain. They optimized their defensive tactics to make landing zones as hostile as possible for assaulting US troops, and from 1966 worked to draw them into ‘Hill Traps', extensive kill zones specially prepared for defence-in-depth. By the time the 1st Cavalry Division (Airmobile) withdrew from Vietnam in 1972, it had suffered more casualties than any other US Army division.