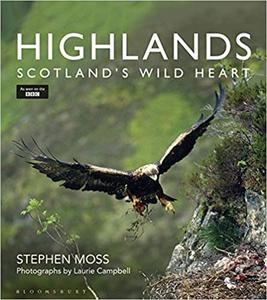 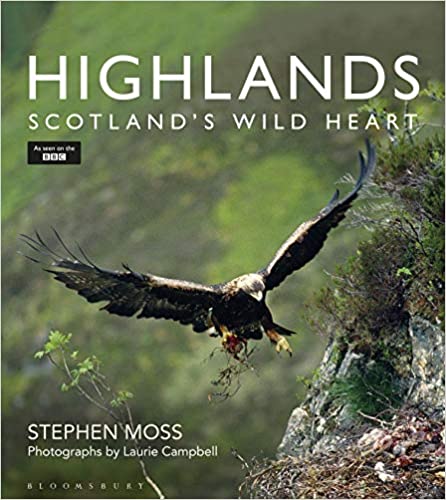 This is a land shaped by the flow of ancient ice, where snow-capped mountains tower over ink-black lakes, Golden Eagles soar over heather-clad moors, and Red Deer stags engage in mortal combat for the right to win a mate. Along the coast, sea cliffs and offshore islands teem with millions of seabirds, while the seas themselves are home to Basking Sharks, Orcas and Bottlenose Dolphins.

The Highlands may at first sight seem bleak and desolate, but they are also filled with secret wonders, from the ancient Caledonian pine forests to the vast wetland of the Flow Country, and from the sheer granite cliffs of Handa to the mysterious depths of Loch Ness.

In this lavish companion to the upcoming BBC TV series, Stephen Moss's thoughtful, authoritative text is accompanied by spectacular pictures from famed Scottish photographer Laurie Campbell. Highlands – Scotland's Wild Heart follows a year in the lives of a stellar cast of wild animals as they live, feed, breed and die in this beautiful, yet unforgiving landscape–a land where only the toughest survive.