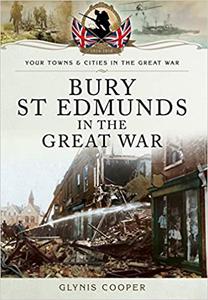 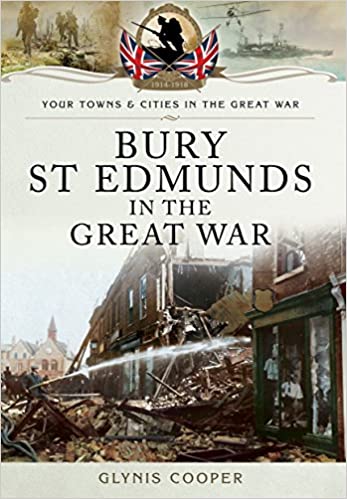 Glynis Cooper, "Bury St Edmunds in the Great War "
English | ISBN: 1473834015 | 2017 | 144 pages | EPUB | 7 MB
The Great War came as a shock to the citizens of Bury St Edmunds, a rural Suffolk town. One day they were celebrating a beautiful, hot August bank holiday at a large well-attended country fête; the next they were plunged into the deadliest war in history. Men from the Suffolk Regiment, who were based in the town’s barracks, marched off to war and fought valiantly in Flanders, France and Gallipoli. Folk left at home devoted their time and energy to supporting the troops, the war effort and themselves, but they also found time to mark the 700th anniversary of the drawing up of Magna Carta in the local abbey and the tercentenary of Shakespeare’s death.

The reality of the war was brutally brought home by the heavy losses of the Suffolk Regiment, and by Zeppelin attacks on Bury in 1915 and 1916. The first attack caused a lot of damage, and the second attack was considerably more serious. Seven people were killed and there were a number of injuries.

Just a few miles from Bury, a battlefield was re-created on the Elveden estate for training troops in the use and mechanics of tank warfare. Elveden had formerly been owned by the last Maharajah of the Punjab and his son, Prince Frederick Duleep Singh, fought for the British in both the Suffolk and Norfolk regiments.

Bury St Edmunds in the Great War tells the remarkable story of a town whose citizens refused to give in, who strove to fight the odds that were stacked against them. They worked hard to ensure the defeat of the Kaiser and consequently, in recognition of their war efforts, Bury was awarded a captured German Kaffir tank in 1919.
Read more